Skirting Science, in its 10th year, is an initiative organised by Soroptimist International of Weston-super-Mare to open girls’ eyes to the huge opportunities STEM careers can provide.

The day opened with some well-chosen words from Churchill’s head teacher, Chris Hildrew, who described himself as a feminist and explained why the school would be naming its new science block after a female scientist – Dame Athene Donald. 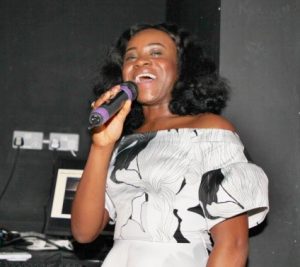 Young Woman Engineer of 2017, Ozak Esu, then gave an inspirational talk about her life which began in Nigeria where girls are not normally educated to the same level as boys.  From an early age she wanted to be an electrical engineer because there were so many power cuts in Nigeria.  Her father encouraged her.  Eventually she did her degree and PhD at Loughborough University then joined Cundall, an engineering firm in Birmingham.  She hopes to return home one day to sort out the power cuts!

The girls attended hands-on workshops given by scientists from industry and academia.  These covered a wide range of topics from sensory evaluation of crisps and cola, to building robots, making a necklace with the girls’ DNA and using infrared technology to study our surroundings.

The girls commented:  ‘I really liked all the different experiences that you don’t get at school.’

‘I’ve enjoyed all the hands-on experiences, like how we just got to do stuff and it didn’t feel like we were being lectured’

Teachers were equally positive noting that the girls were able to ‘See a range of female role models to aspire towards’.

And that ‘It has opened their eyes to the range of careers available in the vast field of science and engineering.  It was useful to hear about the career paths of different scientists and the reasons they enjoyed their field.’

Ruth Thomas, President of SI Weston-super-Mare and instigator of Skirting Science, says “Weston Soroptimists are proud to have started 10 years ago this event, to which schools keep sending their year 9 girls.  We are doing our best to inspire girls to take up science by showing them how varied and interesting their lives could be in STEM subjects.  There is still a gender gap in science and we are trying to change that”.

Whilst the number of women attaining STEM vocational qualifications has increased dramatically from 8% when we started Skirting Science, to 24% there is still a long way to go. The UK still has the lowest proportion of women engineers in Europe.

Anne Graham, joint founder of Skirting Science said “We are so proud to have had an impact on over 2000 girls since starting Skirting Science and would love to hear from any past attendees.”  She added “News of our success has travelled and we were thrilled to be mentioned at the 60th session of the Commission on the Status of Women at UN headquarters in New York.” 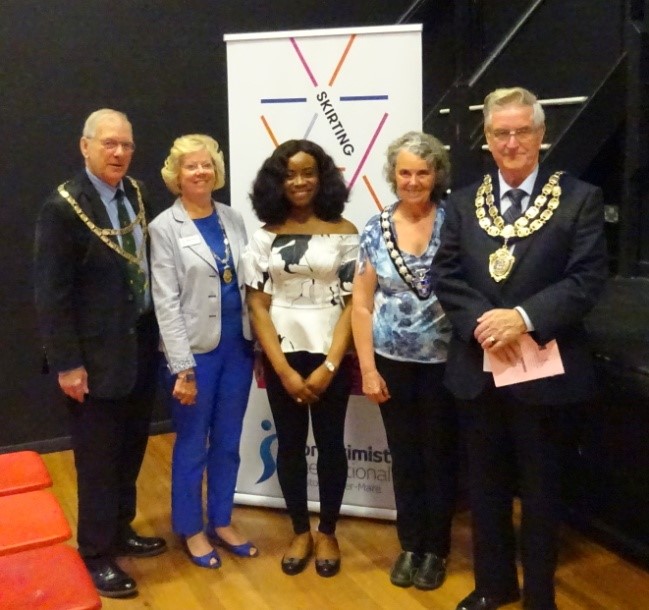 The girls were joined by:

Skirting Science is a great team effort and Weston Soroptimists would like to thank all the workshop providers, fellow Soroptimists and Churchill Academy staff and pupils for making the day such a tremendous success.